Zoom produces a wide array of recording devices, including a line of portable “handy” recorders as well as multi-effects processors, effects pedals, drum machines and samplers. Over the past thirty years, the company has established a solid reputation as a manufacturer of innovative yet affordable products which are based on original microchip designs.

In 1990, the first Zoom product was unveiled: the 9002, an ultra-compact multi-effects processor designed to be attached to a guitar strap. It was a huge success.

This was followed by the rack-mountable 9010, which featured the world's first 4-In/4-Out individual signal processing. In 1992, the high-end 9200 came to market and soon became a fixture in studios everywhere.

The popular Zoom Player series of guitar effects was launched in 1994, along with the Zoom Studio series, which continue to be found in the racks of many musicians today.

The following year, the Zoom 500 series of footpedals was introduced, including the 506 bass pedal and the extraordinarily popular 505 guitar pedal, the best-selling multi-effects pedal ever.

But it was in 2006 that Zoom totally redefined the state of the art in audio for video with the release of the revolutionary H4 Handy Recorder. Small enough to be held in the palm of your hand, the battery-powered H4 offered an onboard X/Y stereo microphone, the ability to record up to four tracks of 96/24 audio directly to SD card in either WAV or MP3 format, built-in effects including a guitar tuner and metronome, and a USB port that allowed the H4 to be connected to a computer. A smaller Handy Recorder, the H2, was released in 2007, followed by the H4n in 2009. All became standards of the industry.

In 2013, the third-generation H6 Handy Recorder was announced—a six-track recorder which offers a slew of advanced features, including a system of interchangeable microphone capsules which can be swapped out as easily as the lens of a camera.

Under the steady hand of CEO Masahiro Iijima, Zoom is dedicated to continually developing new products that allow artists to more freely express their ideas yet are accessible to anyone, from amateur to professional. more...

7DaysDeals.com is proud to be an official authorized retailer for Zoom in Singapore. 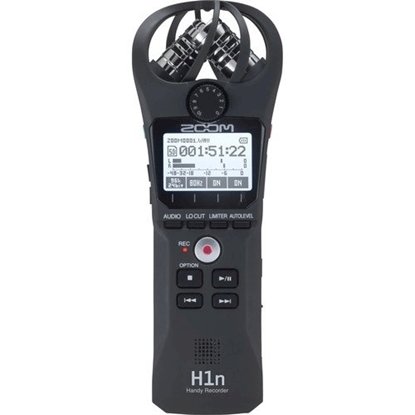 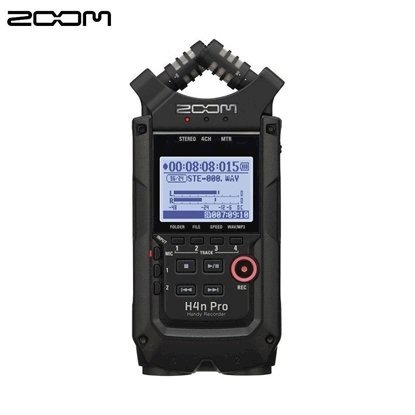 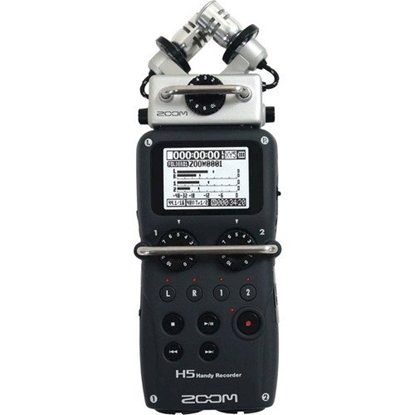 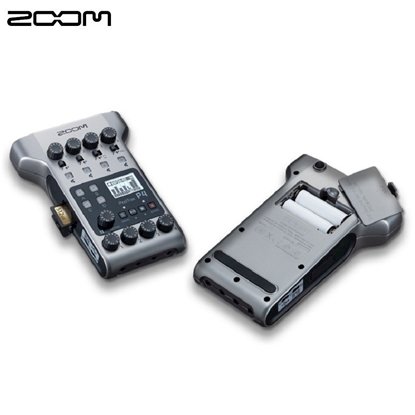 $345.00 $369.00
The Zoom F1 Field Recorder + Shotgun Mic is the ultimate solution for run-and-gun filmmakers who need to capture professional quality audio for video. 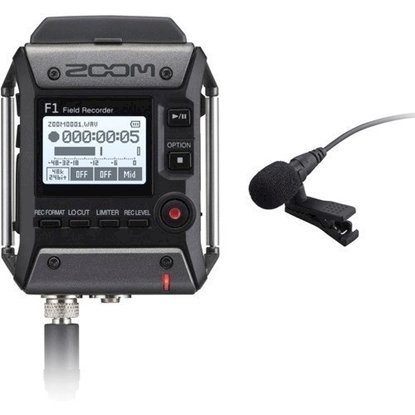 $225.00 $269.00
The Zoom F1 Field Recorder + Lavalier Mic is the perfect solution for videographers who need to capture the nuance of every word with professional quality audio. 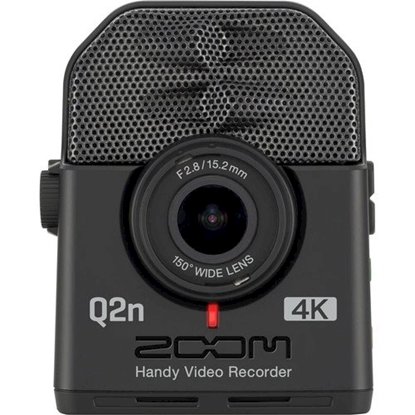 $320.00 $399.00
Designed for musicians, the Zoom Q2n-4K Handy Video Recorder pairs high-resolution UHD 4K video capture with up to 24-bit/96 kHz audio recording. Five FOV (field-of-view) settings and one-button recording enable you to easily capture yourself and/or your bandmates, whether for disseminating to your social media accounts or for reviewing a rehearsal or performance. 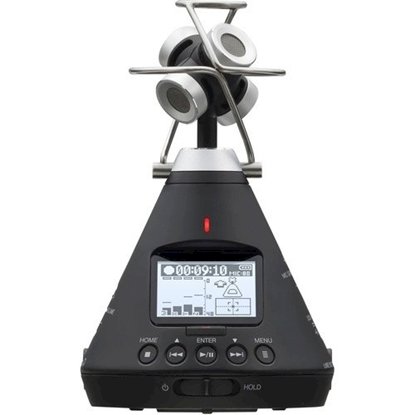 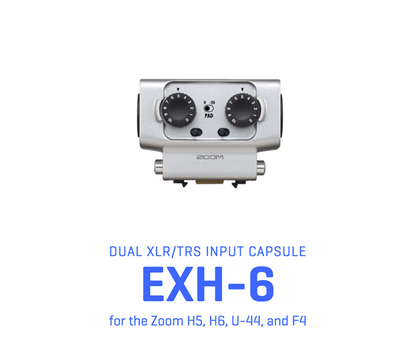 $105.00
The EXH-6 from Zoom adds two additional XLR/TRS combo inputs to the Zoom H5 and H6 handheld recorders, or to the F4 field recorder. This makes the H5 capable of recording up to four external mic/line signals simultaneously, and the H6 or F4 up to six. Capable of handling either mic- or line-level signals, each input is equipped with its own preamp and -20 dB pad. Please note, this module does not provide phantom power. 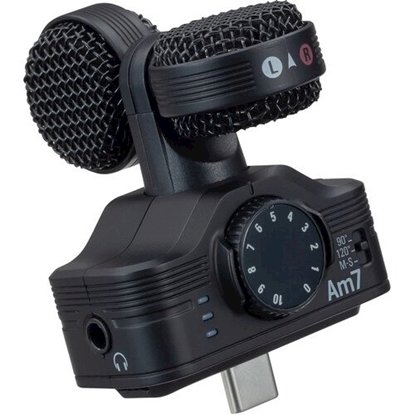 $140.00 $169.00
The Zoom Am7 is the perfect audio-for-video companion for your Android device. Ideal for music videos, video podcasts, vlogging and more, the Am7 makes your videos sound as good as they look. 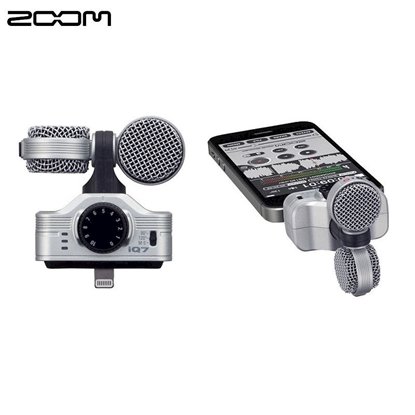 $150.00 $179.00
The Zoom iQ7 is the perfect audio-for-video companion for your Apple devices. Ideal for music videos, video podcast, vlogging and more. The iQ7 makes your videos sound as good as they look. 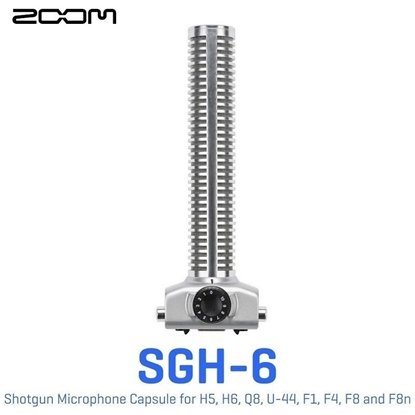 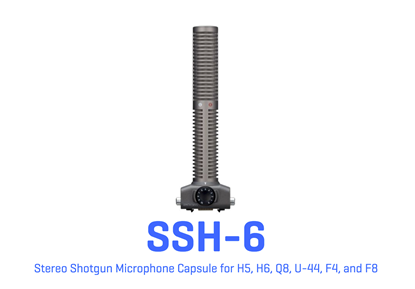 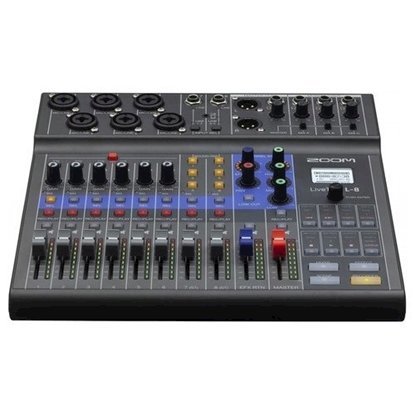 $580.00 $699.00
Creators are evolving—and so are we. Zoom LiveTrak L-8 makes it easier than ever to mix, monitor and record professional-sounding podcasts and music performances in one portable, affordable package. 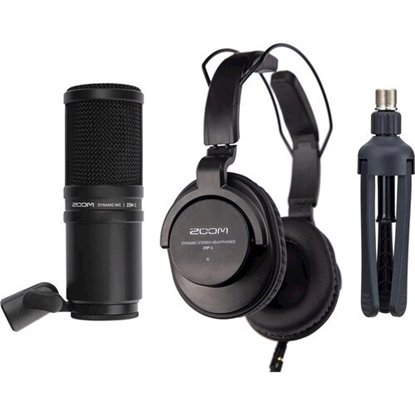 $165.00
Whether you’re taking your first step into podcasting or upgrading your setup, the ZDM-1 Podcast Mic Pack helps you create professional-quality podcasts. 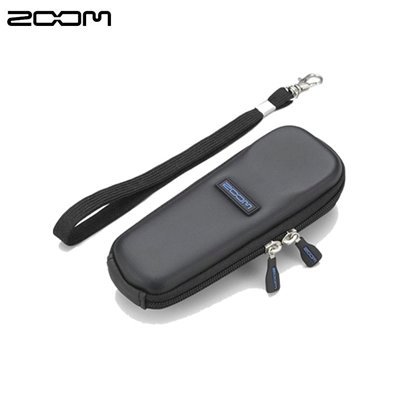